In Memoriam - Bequest By Will to Support the New BSU Scholarship 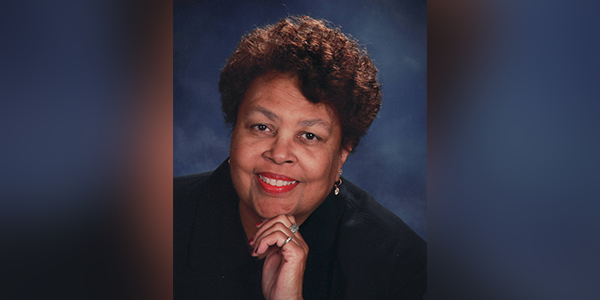 Did you know…? Sharon Green, Class of 1969, was the first woman president, and the first Black woman president of the Seattle University Student Political Union, now called the Student Government of Seattle U.

Sharon grew up in the Central District of Seattle, and after graduating from Holy Names Academy, earned her bachelor's degree in education from Seattle U. She went on to serve Seattle Public Schools for 30 years as a teacher, principal, curriculum specialist, executive director of student support services, and director of high schools. Sharon received scholarships to make her dream of college possible, and always gave back to various scholarship funds to help subsequent generations of students have similar educational opportunities. When Sharon created her Will she included a gift to Seattle University to continue her tradition of giving back. Sadly, Sharon passed away on August 21, 2020. It is an honor to continue her memory and legacy here at her alma mater.

She decided to make her gift by Will 'unrestricted' so that the university could decide where it was needed most. In tribute to Sharon, her glass-ceiling shattering time at SU, her long career in education, and her lifelong Catholic faith, her gift will be the first bequest to support a new SU scholarship created in 2020, by the Black Student Union.

The national and international public outcry for greater racial justice, spurred by the killing of George Floyd in May of this year, and the work over the past several years by the Black Lives Matter movement, has brought about a call for reflection and action everywhere, including at Seattle U. The students of the Black Student Union were inspired to create a new scholarship designed specifically to support Black students with demonstrated financial need. This gift from Ms. Sharon Lazell Green '69 will help to endow the Black Student Union scholarship so that it can exist in perpetuity, and help future generations of educated servant-leaders like Sharon, who then go on to inspire those that follow. Thank you, Sharon. May you rest in peace.